Netflix has a huge library of TV series in its Original lineup but some of the best series are limited series. Its miniseries library has expanded over the years and below, we’ll walk you through all of the biggest ones ranked by their IMDb rating.

The limited series (or mini series as it’s also known) is not a new concept but has been allowed to flourish with the proliferation of streaming services. Traditionally, networks needed shows to last for seasons and seasons to be cost-effective. Not every story needs to be told over years however but can’t be confined to a movie-length either.

Before we dig in, we’re going to say up front we will be only featuring English mini-series below and we’ll also be excluding stand-up special limited series, anime and kids limited series, and docu-series too (with one exception).

We’re also excluding Wet Hot Summer which had two limited series added to Netflix and the two Haunting series too.

So here’s every limited series on Netflix ranked by its IMDb rating from lowest through to the highest.

On the experimental side and hence its lower IMDb rating is The I-Land which is a sci-fi series that sees a group of strangers washed up on an island.

It’s largely forgettable and thanks to some horrible early performance most didn’t get very far with this one. Towards the end, it does show glimmers of hope but for the most part, this is one best avoided.

Anthology series are always popular on Netflix and What/If starring Renée Zellweger proved the concept well even if it didn’t quite hit a home run every single episode.

Set across 10 episodes, the limited series takes a look at different morality tales and the effects even the smallest decisions take.

This coming-of-age limited series aimed at families went relatively unnoticed when it was released in the latter half of 2018. The series is aimed at kids and follows Zed and his friends who trying to make the most of their freedom before high school starts.

Coming from Universal Television is Brand New Cherry Flavor which sees an aspiring film director set down her roots in 1990s Los Angeles but soon gets involved with a strange group.

The limited series runs for just under 6 hours in total and is a strange trip so be prepared for some weird stuff if you do dive in.

With a total runtime of just over six hours, this series follows a young family man by the name of Nick Brewer who is abducted in a Black Mirror-esque plot.

Filmed in Austrlia, the series was praised around the globe although its final episode is often a controversial subject in online circles.

This French-American co-production is one of the most unheard-of limited series on Netflix. When it released on Netflix, it wasn’t able to produce hardly any buzz and that’s reflected by the only couple thousand IMDb ratings.

The series follows a club owner in France and his ups and downs running a vibrant music venue.

Originating out of the UK, this mini-series follows a single mother who works part-time in a psychiatrist’s office. Her life soon spirals as she finds herself in an affair with her boss and best friends with his wife.

Self Made: Inspired by the Life of Madam C. J. Walker

Some of the best-limited series on Netflix have been based around strong female individuals and this series fits firmly in that category.

The Marvel Cinematic Universe expanded into Netflix with the four Defenders: Daredevil, Iron Fist, Jessica Jones, and Luke Cage. As with many of their MCU counterparts, after a number of solo seasons (movies in the case of MCU), they teamed up together to tackle a bigger threat.

Although it’s hard to argue that it doesn’t quite meet the heights of Daredevil’s best seasons, The Defenders is an essential watch as part of your Marvel binge on Netflix.

Netflix is slowly working its way through the Harlan Coben collection of novels and The Stranger has been one of its best creations to date.

The mystery series follows Adam Price on his journey to find out exactly who his friends and family are after the appearance of a stranger.

Headlined by Ewan McGregor, this biopic sees the esteemed actor play the role of Halston a world-renowned business owner who created a fashion empire.

Part of Ryan Murphy’s expansive output deal with Netflix included this look back with a fictional twist at Hollywood’s golden years and several actors’ attempts to make it big.

As with all Murphy productions, it is dripping with style and while the ending may have rubbed some people the wrong way, the 7 episode limited series is a great example of what Murphy can produce.

For fans of fabulous British period dramas, give The English Game a punt even if you’re not necessarily a big fan of the glorious game.

It follows the invention of the globally renowned game we’re all familiar with today. It’s a short 6 episodes long but each is bursting with high quality from everything down to script to the incredible costumes.

When it comes to unique series, The Liberator certainly meets the bill and that’s probably why it may have been so hard to convince people to jump in.

The four-episode series is animated in a unique style that then sets out to tell the stories of some of the bloodiest battles in World War 2.

Gilmore Girls: A Year in the Life

One of the earliest miniseries to come to Netflix was this special limited series of Gilmore Girls. The long-running comedy series had been long awaited for more episodes and Netflix was happy to oblige.

The series sees the return of the majority of the main cast and seeks to wrap up some of the existing story threads.

Four episodes in total were released with each one taking place in a different season of the year. Hopefully, this series isn’t the end to Gilmore Girls but for now, this limited series will serve us well.

Mike Flanagan has become in recent years the king of the horror TV genre with his Haunting entries but in 2021, we saw the release of Midnight Mass which is perhaps his most distinguished title to date.

Set on a remote island, we see the return of a young and charismatic priest to an island where some strange occurrences are happening.

Maniac is one of the best looking series on Netflix featuring a whacky mind-bending story and some of Hollywood’s top talent. Jonah Hill and Emma Stone star in this aesthetically pleasing series that explores mature tones and some Black Mirror-esque concepts.

Despite being a limited series, Manic requires multiple viewings to fully appreciate its complexity, excellent writing, and the hidden storytelling details hidden within.

Nominated for a prime-time Emmy comes a biography period-drama that Netflix picked up after its original airing on CBC in Canada. Based on the Margaret Atwood book of the same name, the series focuses on a young girl who is undergoing treatment and trial after the brutal murders of her employer.

The series is excellently produced and features stunning dialogue (no surprise, given the source material) and is still one of the best novel adaptations on Netflix right now.

Since its release, Unorthodox has been an awards magnet thanks down to the incredible performances and heart-tugging story.

It’s about a girl who flees from an arranged marriage hoping to begin a new life abroad.

Maya and the Three

This miniseries comes from the creator Jorge R. Gutierrez and is probably one of the most gorgeous Netflix Original animation titles Netflix has ever released.

The colorful and engaging series follows a princess embarking on a mission to fulfil an ancient prophecy.

There’s plenty of mini docuseries on Netflix but we’ve consciously chosen not to include them on this list however we’re making an exception for Five Came Back, rightly or wrongly.

The three-part mini-series features new and old directors who look back at old archive footage from the frontlines of World War 2. It’s got plenty of big star names involved with Meryl Streep narrating and the likes of Steven Spielberg and Guillermo del Toro being interviewed.

Ranking in many of 2017’s best-of lists around the web was Godless. The 7-episode Western had a rich narrative and shined thanks to its casting which included the likes of Jeff Daniels, Jack O’Connell, Michelle Dockery, Scott McNairy, and Tantoo Cardinal.

As well as its multiple award nominations, the series also managed to pick up three Primetime Emmys. It’s set back in the late 1800s and follows a gang leader on the hunt and finds himself in a mining town run by a woman.

This limited series is based on a true story and combines top talent with sublime writing to create a compelling 8 episodes that led to it getting nominated for 4 Golden Globes.

Throughout the show, you follow the investigation into one girl’s claim of being raped.

Based on a best-selling novel, this series was headlined by Margaret Qualley who plays a young mother who has fleed an abusive relationship and takes up the first job she can to help her and her daughter have a better future.

Of all the series on this list, it’s hard to think of a limited series that packed as much of a cultural punch as The Queen’s Gambit did.

The series details the life of Beth Harmon who from a young age was identified as being a chess genius and her rise to the top of her game.

When They See Us

Reviews for this limited series from Ana DuVernay should speak for themselves with it being referred to as an “emotional rollercoaster” and Slate calling it a must-see TV series that’s “impassioned, worthy, and at times very moving. It is also regularly excruciating.”

The four-episode series seeks to retell the story of the Central Park Five who were wrongly convicted of crimes relating to the death of a woman. It seeks to document the 25-years that followed the incident that led to their eventual exoneration. 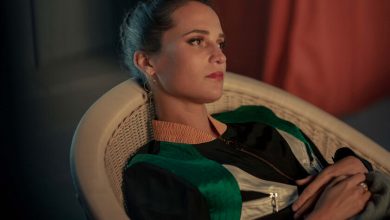