While Netflix holds the majority of The Arrowverse, the reality is the universe is even bigger but you’ll need a HBO Max subscription in the US. If you include those seasons by the end of 2022, there’ll be 725 episodes across 42 seasons.

What Arrowverse shows are on Netflix?

Here’s a breakdown of what Arrowverse shows are on Netflix as of April 2022:

How to Watch The Arrowverse In Order By Year

As one of the largest possible binges on Netflix US, some subscribers, especially those new to the franchise, may need some help establishing how to watch the Arrowverse on Netflix in 2021.

For fans looking to watch the series in its true chronological order, episode to episode, across all five series, we’ve detailed how to achieve this below.

We start at the beginning with season 1 of Arrow. Year 1 of Arrowverse was literally just Arrow so that’s the best place to start.

One of the best seasons of Arrow, and easily of the entire Arrowverse, season 2 also goes uninterrupted as it was the only Arrowverse series still available at the time.

Season 2 did mark the beginning of the future of the Arrowverse when Barry Allen debuted in episodes 2×8 and 2×9 of Arrow. The Flash hadn’t aired on The CW at the time, but Grant Gustin as Barry Allen was an instant hit with Arrow fans.

Supergirl aired on CBS first before eventually arriving on The CW. DC Legend’s saw the utilization of all of the new, and established superheroes, and some rogues, from the previous three years.

As Supergirl remained relatively separate from the rest of the Arrowverse, for the most part, in season one, you can get away with watching the majority of the series without worrying about continuity. Make sure to look out for episode 18 for when The Flash makes an appearance.

Like the previous year, we’d recommend watching the first seven episodes of The Flash and Arrow, respectively, before watching the crossovers.

A fun mini crossover took place between The Flash and Supergirl in episode 17. The musical-themed episode saw Glee alumni Grant Gustin and Melissa Benoist reunite to show off their talent.

It took 6 years, but the Crisis on Earth-X crossover became the biggest crossover event of the entire franchise, up to that point. Using four of the five Arrowverse series, the four-part crossover was the first to feature four episodes.

Like the previous season, you should watch the first seven episodes of Supergirl, Arrow, The Flash and DC’s Legends of Tomorrow before viewing the crossover.

The seventh year of the Arrowverse introduced Batwoman and Lois Lane to the franchise, as well as Gotham City. The Elseworlds crossover reduced the number of episodes for the crossover but was the perfect set-up for the most anticipated crossover of the entire franchise, Crisis on Infinite Earths.

Once again, Black Lightning did not feature in the crossover event.

Like the previous years, if you aren’t watching the episodes in chronological order, you should watch the first eight episodes of The Flash, Arrow, and Supergirl before viewing the Elseworlds crossover.

After eight long years of waiting, fans of the Arrowverse were treated to the most iconic event in DC history, Crisis on Infinite Earths.  The five-part crossover (six, including Black Lightning) was the culmination of hundreds of hours’ worth of storytelling.

Year seven saw the introduction of Batwoman, and in year eight the character received her own official series. Sadly, at the time of writing, Batwoman is not available to stream on Netflix. As the series takes place in the chronology of the crossover, we made sure to have it listed below, but you will need to watch it on The CW’s official website or own a subscription to HBO Max.

Crisis on Infinite Earths also helped end the story of Arrow, which after eight seasons came to an end at The CW.

You will need to watch episodes one to eight of Supergirl, Batwoman, Black Lightning, and The Flash before viewing the cross-over. For Arrow, you will need to watch up to episode seven. Season five of DC’s Legends of Tomorrow started with the crossover, so you won’t have to worry about watching any episodes before then.

It must be noted that other than Arrow and Black Lightning, all of The CW Arrowverse series were impacted by the COVID19 Pandemic. Seasons were cut short to ensure the safety of the cast and crew.

The Arrowverse will pick back up in 2021.

For the very first time since Arrowverse year 2, we’ve not seen an official crossover event for any of the superheroes. Given that the last crossover event was Crisis on Infinite Earths it would be extremely hard to follow up one of DC’s most dramatic storylines.

However, John Diggle of Arrow found himself guest-starring in episodes of Batwoman, The Flash, and Superman & Lois.

We’ve opted to exclude Star Girl from this list as previously it was announced that the character was not part of the Arrowverse. But fortunes may change in the near future as John Wesley Shipp, the actor behind classic Jay Garrick, has recently featured in the show, which may open the door for the series to join the Arrowverse officially.

At the time of writing, we’re still waiting for DC Legends season 6 to arrive on Netflix, and the sixth and final season of Supergirl is still currently airing, which will blend into Arrowverse year 10.

Please Note: ‘Batwoman’ and ‘Superman & Lois’ are not on Netflix, so in order to watch the series you will need access to The CW website.

Here’s when we’re currently expecting all the Arrowverse shows to return (at least on Netflix US) over the next year:

The other two Arrowverse series that do not come to Netflix in year 10 are Batwoman and Superman & Lois. Those are both exclusive to HBO Max.

Which is your favorite Arrowverse series on Netflix? Let us know in the comments below! 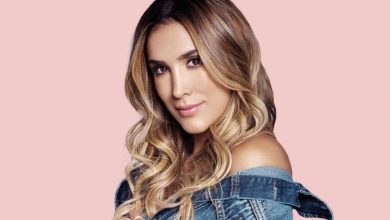 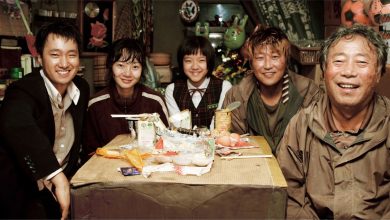 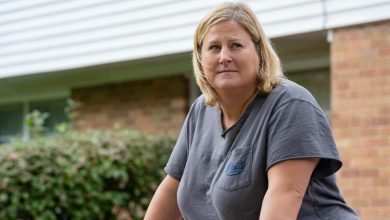