It’s late May. The weather is getting nicer and nicer but all anyone wants to be is inside a cold rink. And who can really blame them? It’s the best time of the year — Stanley Cup playoff time — and things are getting quite interesting.

Eight teams have punched their ticket to the second round with not only a division crown on the line but also the aim of taking one step closer to finding out who will win the sports world’s greatest trophy. The remaining teams are a who’s who of NHL royalty. The Avalanche, Golden Knights, Hurricanes, Lightning and Bruins were all in the top 10 in 2021 with the Islanders just on the outside looking in.

Speaking of the Bruins, the 2019 Stanley Cup finalists are always in the mix, and let’s not forget the reigning champs from Tampa Bay are looking poised for a long run. Both of those clubs will face stiff tests against two teams you can never count out: the Islanders and Hurricanes, respectively.

The first round was just good, old playoff hockey with lots of action, including crazy last-second goals and big-time saves, and the second round’s slate of best-of-seven series are sure to turn things up another notch.

What will happen in the second round and beyond is anyone’s guess. Will Vegas finally get its Cup? Are the Lightning the NHL’s next great dynasty? Or will franchises that have been waiting decades finally lift the Stanley Cup again? The answer is, nobody knows … and that’s what makes the playoffs oh, so special.

MORE: Full TV schedule for Round 2

If this was a normal season, there’s a good chance this would have been the Eastern Conference final matchup. Instead, the Bruins and Islanders are facing off in the second round in the East Division — and the series sure to be a doozy.

The Islanders are sending the Nassau Coliseum off in style as the team not only beat the division champion Penguins in six games but also did it by clinching at home for the first time since 1993. By the way, the team they sent packing 28 years ago also hailed from the Steel City. The Boys from Beantown, meanwhile, dispatched the Capitals in five games by outscoring the «Great 8,» Alex Ovechkin, and crew 16-10.

This series pairs two evenly matched clubs — as Bruins bench boss Bruce Cassidy said: «We’re playing ourselves a little bit» — who are playing quality hockey at the perfect time. Both are sporting similar GF/GP (3.20 for the Bruins and 3.50 for the Islanders) and GA/GP (2.00 for Boston and 2.67 for New York) in the playoffs. It’s pretty much how they lined up in their regular-season series, in which the Islanders won 5-2-1 but only outscored the Bruins 20-18 and managed just three goals in the last three games.

There are a number of players, on each side, who will play huge roles, but Hall is the one who could be the key. After being acquired by Boston at the deadline, the forward notched four goals in three games against the Islanders — which were also the Bruins’ only three wins of the season series. He also has a history of playing well against the Long Island team with 14 goals (tied for his second-most against a team) and 24 points in 27 career games.

With the squads evenly matched at 5v5, this series could come down to special teams, and the Bruins’ power play was clicking on all cylinders against the Capitals. In five games, Boston scored five goals in 19 opportunities, which translates to 26.3 percent efficiency with the man advantage The Islanders’ penalty kill struggled against the Penguins’ power play, allowing three goals in 12 opportunities for 75 percent efficacy.

MORE: The Islanders, the Old Barn and taking one more step closer to normal

Both teams closed out their first-round series in six games against formidable foes.

The defending champions dispatched the Panthers in the first Sunshine State Showdown in the postseason, backed by the return of Nikita Kucherov and Steven Stamkos. Kucherov missed the entire regular season following hip surgery but came back with a flourish as he potted a league-best 11 points (three goals, eight assists). Stamkos missed the last 16 games of the regular season with a lower-body injury and then returned to chip in eight points (three goals, five assists).

Jon Cooper’s squad is one of the strongest teams on the back end, and it’s backstopped by 2021 Vezina Trophy contender Andrei Vasilevskiy. The Russian netminder earned 31 of the team’s 36 wins in the regular season and saw his save percentage tick up from .925 to .929 in the postseason.

Carolina will give the Lightning all they can handle in this series, led by fiery bench boss Rod Brind’Amour. Not only does he have young studs Sebastian Aho (five goals in six games), Martin Necas (five points) and Andrei Svechnikov (66.84 Corsi For percentage at 5v5, per Natural Stat Trick) at his disposal, but grizzled vets like Jordan Staal (four goals) are getting things done too.

And those are just the guys up front. On the blue line, Dougie Hamilton has become «Playoff Dougie Hamilton»; he has chipped in four points and elevated everyone else’s game and puck possession. That’s a huge deal considering Jaccob Slavin only suited up in three games because of injury but put the puck on net for Aho’s overtime-winner deflection in Game 6.

Speaking of Carolina’s back end, one of the best stories this season has been Nedeljkovic. The Parma, Ohio, native has stabilized the Hurricanes’ net with a .922 save percentage and a shutout in the postseason. That number represents a slight dip from his regular-season .932, but that’s expected when the intensity is turned up. While both save percentages are quite sparkly, they pale in comparison to his .962 save percentage against the Lightning in the regular season.

While the Lightning surely have firepower, Carolina led the 16 teams in the first round in Expected Goals For (xGF) at 5v5 (14.27), per Natural Stat Trick. If you’re thinking that’s a fluke because they played the Predators in the first round, that would be a no. They were second-best this season with a 117.09 at 5v5. By comparison, Tampa Bay was at 98.57 in the regular season and 9.76 in its first-round meeting with the Panthers.

Buckle up. Inject this series into everyone’s veins. Every single exciting analogy you can think of is this series, because it’s going to be an absolute beauty. These two teams finished 1-2 in the NHL with the Avalanche winning their first Presidents’ Trophy since 2001 — which was also the last time they won the Stanley Cup.

The Avs have been off for a bit after sweeping the Blues in absolutely dominating fashion. Normally, it would be easy enough to say they outscored St. Louis 20-7, but when you see that they scored 5.00 goals per game and only gave up 1.75, well, those are just mighty impressive numbers. They also scored on 50 percent of their power-play opportunities, so yep, they’re a juggernaut.

Nathan MacKinnon continues to prove he belongs in the conversation of best players in today’s game; he scored nine points (six goals) in the sweep. Captain Gabriel Landeskog added eight points and the third linemate, Mikko Rantanen, had seven points. It’ll be interesting to see how secondary scoring goes without the suspended Nazem Kadri, but when you have blue-liners like Cale Makar, Samuel Girard, Devon Toews and Ryan Graves adding tallies while also shutting down the opposition, that helps to even things out.

Don’t just write Colorado’s ticket to the semis, however. Vegas is just as impressive and faced a more determined foe in the Wild in the first round. The upstart Minnesota squad pushed the Golden Knights to a Game 7 but Vegas posted a 6-2 win backed by the return of game-winning goalscorer Max Pacioretty. The forward, by the way, led Nevada’s team with eight points (six goals, two assists) against the Avalanche in the regular-season series.

He’ll add yet another layer of offensive punch alongside perennial Selke Trophy contender Mark Stone, Alex Tuch, William Karlsson, Jonathan Marchessault and Game 7 hat-trick scorer Mattias Janmark. While they have an impressive front 12, the Golden Knights also have the likes of Shea Theodore, Alex Pietrangelo and Zach Whitecloud on the blue line.

Then there’s the dynamic duo between the pipes. Vezina Trophy contender Marc-Andre Fleury carried the load and started every game against the Wild, boasting a .931 save percentage (.001 lower than his 2021 regular-season save percentage against Colorado in seven starts). His 1.71 goals-against average is just a few ticks better than Avalanche backstop Philipp Grubauer’s. But here’s the thing: If Fleury should begin to struggle, bench boss Pete DeBoer has Robin Lehner to turn to, and, well, that’s not a bad thing.

There’s really only one player who can control this series and he goes by the nickname «Flower» (but, you know, a tough flower, like a snapdragon). If Fleury does Fleury things — like twice shutting out the Avalanche this season — he can turn this series that’s expected to be a barnburner on its head.

The Avalanche were not only dominant on the scoreboard, but Jared Bednar’s crew was also the top puck possession team in the regular season with a Corsi For percentage of 58.98 at 5v5 (according to Natural Stat Trick). They also out-chanced the rest of the West Division with a 60.53 Scoring Chances For percentage coupled with scoring 66 High-Danger Goals. Vegas scored 69 but gave up 67; Colorado gave up just 42.

In the series against the Blues, the Avalanche didn’t let up; they controlled play 58.29 percent of the time and scored six HDGF while only allowing one against. In the regular season, they led the division with a 52.59 percent against the Golden Knights but the teams were even in high-danger goals.

(Odds courtesy of FanDuel as of June 1) 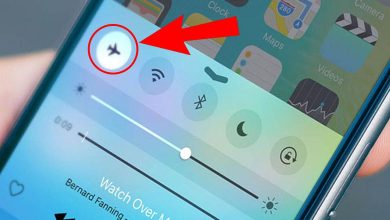 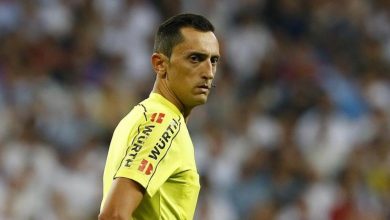 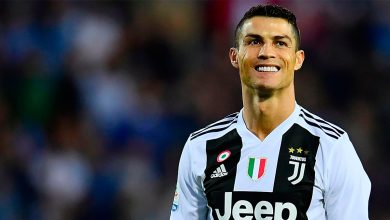