Thanks to an intercepted two-point conversion attempt and a failed onside kick with 14 seconds left, Washington took care of business at home on Monday, dispatching Seattle 17-15.

Russell Wilson led Seattle on a potential game tying drive which started at his team’s own 3-yard line with 2:19 left and no timeouts. The Seahawks eventually marched down the field before Wilson hit Freddie Swain in the end zone for a 32-yard touchdown. The catch was Swain’s only of the night.

In an attempt to send the game to overtime, Wilson went for the two-point conversion, only to have it intercepted with 14 seconds left. Following two onside kick attempts and a recovery by Washington, that put the game away and dropped Seattle to 3-8.

MORE: When is ESPN’s next ManningCast for ‘Monday Night Football’?

The Seahawks offense was lifeless for much of the game. Prior to that touchdown, they punted on six straight drives, recorded just 10 first downs the entire game and possessed the ball for just 18:20 seconds.

All told, that led to just 267 yards of total offense, including just 32 rushing yards.

For Washington, things weren’t much better, but still better nonetheless. The Football Team ran 79 plays for 371 total yards with 27 first downs while possessing the ball for 41:40, giving Seattle very little time to get anything going.

The win is Washington’s third straight and was propelled by Antonio Gibson’s 111-yard game on the ground. With the win, Washington moves to 5-6 and into second place in the NFC East. They’ll take on Las Vegas in Vegas next week. Gibson had a career-high 29 carries and had the game’s longest rushing play, a 17-yard run.

Seattle drops to 3-8, continuing the worst season to date of Pete Carroll’s tenure. They fall further in the NFC West standings and have a game at San Francisco on tap.

Sporting News is tracked live updates and highlights throughout this «Monday Night Football» game. Follow below for complete coverage.

11:23 p.m.:  Washington recovers the onside kick and that should end the game.

11:22 p.m.:  Seattle goes for the onside kick but they get hit with a penalty for illegal formation after recovering the kick and now has to do it twice in a row with 14 seconds left.

11:17 p.m.: TOUCHDOWN SEATTLE.  With 15 seconds left, Wilson hits Freddie Swain for 32 yards and the score to cap off a drive that started at the Seattle 3. Washington 17, Seattle 15  after the two-point conversion attempt is intercepted in the end zone. That could seal it for Washington.

11:15 p.m.:  DK Metcalf’s first catch of the night is a big one. It comes with 1:02 left on third-and-6 and allows for Seattle to convert. Metcalf is able to take it out of bounds 13 yards downfield to the Washington 43.

11:13:  Washington is hit for a defensive pass interference call late. It moves the Seahawks up to their 40 for first-and-10 but Wilson is quickly sacked for a loss of 9 to bring up second-and-19.

11:08 p.m.:  A potential game-icing touchdown is wiped off the board for Washington as it’s ruled the ground aided in Logan Thomas’ catch. Seattle takes over with 2:19 left and no timeouts from their own 3.

10:59 p.m.:  Washington goes for it on fourth down as Taylor Heinicke converts for 15 yards to the Seattle 7. Washington well within range to score again with 2:39 remaining in the game.

10:57 p.m.:  McKissic is getting carted off the field following that play.

10:54 p.m.:  Washington gets flagged for a delay of game and then JD McKissic gets 8 yards. Now fourth-and-4 for Washington from the Seattle 22

10:51 p.m.:  Gibson takes it again as Washington is choosing the death by 1,000 papercuts strategy with a slow, methodical drive. Gibson goes for 5 and 17 and the Football Team is now on the Seattle 25.

10:50 p.m.:  The ball is officially now at midfield following runs of 4 and 7 yards for Gibson as he reaches a career-high 25 carries.

10:46 p.m.:  Antonio Gibson’s strong night continues. Up to 79 yards on 23 carries and he gives Washington another first down.

10:43 p.m.:  Seattle’s drive and momentum stalls following two incompletions and a 4 yard run. Seattle to punt it away yet again and Washington takes over at its own 13 with 10:56 left in the game.

10:40 p.m.:  For the first time since the first quarter, Seattle gets a first down after Russell Wilson keeps it for 12 yards. It’s the longest running play of the night for the Seahawks.

10:35 p.m.:  Washington’s decision originally pays off as Antonio Gibson took it for 36 yards. But a hold against Washington wipes out the big gain and the Football Team punts it away.

10:33 p.m.:  The fourth quarter starts with passes to Antonio Gibson out of the backfield for 6 and 3 yards to give Washington a third-and-1 situation.

10:28 p.m.:  Russell Wilson is sacked on third down and it’s not five straight three-and-outs for the Seahawks to end the third quarter.

10:24 p.m.:  Washngton also punts as the third quarter has been fairly lifeless with both sides trading punts on consecutive drives following Washington’s touchdown.

10:20 p.m.:  A fourth consecutive drive ending in a punt for the Seahawks as Wilson is nearly picked off on third down. Washington will take over at its own 27.

10:12 p.m.:  Another drive, another three-and-out for Seattle. Fifth time they’ve punted so far tonight. Washington takes over at its 25 with 6:37 left in the third.

The length of Seattle’s drives so far in this game:

10:05 p.m.: TOUCHDOWN WASHINGTON.  J.D. McKissick with his second score of the game and Washington hits paydirt on its first drive of the half.  Washington 17, Seattle 9  following a successful two-point conversion.

10:02 p.m.:  Washington keeps getting first downs, this one on an 11-yard pass to Antonio Gibson to the Seattle 20. Puts Washington in the red zone.

10:01 p.m.:  The Football Team crosses midfield and eventually Heinicke hits Carter for 9 yards to the Seattle 34.

9:56 p.m.:  Seattle goes three-and-out on its first drive of the second half, continuing its reign as the worst third down offense in the league. Washington takes over on its own 27.

9:52 p.m.:  Seattle takes over at its own 20 following a penalty on the return team on the kickoff.

9:37 p.m.:  As expected, Washington kneels it out to end the half. The Seahawks will get the ball to start the third quarter.

9:35 p.m.:  Following the timeout, Seattle will punt it away and Washington takes over at their own 9 with with 16 seconds left in the first half.

9:33 p.m.:  With 20 seconds left and Seattle staring at fourth-and-1 from their 37, Washington calls a timeout. Remains to be seen what Pete Carroll will do to end the half.

9:29 p.m.: TOUCHDOWN WASHINGTON.  J.D. McKissick puts on an impressive display of juke moves and jump cuts on a screen pass and it pays off. But the extra point is blocked by Seattle and returned for a score.  Washington 9, Seattle 9  with 56 seconds left in the first half.

9:26 p.m.:  With just over a minute remaining, Seattle gets called for roughing the passer. Washington will move up to the Seattle 13 with a chance to retake the lead heading into halftime.

9:11 p.m.: SEATTLE INTERCEPTION.  Heinicke unloads and the ball is tipped by several Washington and Seattle players before Jamal Adams comes away with the pick. Seattle takes over at its own 11.

9:04 p.m.:  The first really sizeable play of the day for Washington is a Heinicke rope to McLaurin who brings it in for 12 yards.

8:58 p.m.:  Whatever momentum Dissly’s catch provided, it’s quickly stymied. The Seahawks go three-and-out after failing to convert on third-and-1 and punt it away. Washington takes over at its own 9.

8:55 p.m.:  Washington goes three-and-out yet again and punts it away. Seattle takes over at its own 14.

8:51 p.m.:  The game’s first penalty comes in as Seattle gets flagged for defensive pass interference and moves Washington up to the 48.

8:49 p.m.:  The second quarter begins with a second-and-6 for Washington. The ball comes loose as Heinicke gets hit but Antonio Gibson is there to haul it in for a 1-yard gain.

8:42 p.m.: TOUCHDOWN SEATTLE.  Wilson hits Gerald Everett for a 6 yard touchdown and Seattle answers with a score of its own.  Seattle 7, Washington 3  with 20 seconds left in the quarter.

8:35 p.m.: FIELD GOAL WASHINGTON.  Joey Slye nails a 23-yarder after the Football Team fails to cash in for a touchdown inside the 6 yard line.  Washington 3, Seattle 0  after a 15 play drive that took over nine minutes.

8:32 p.m.:  After a few plays, the Football Team is looking at first-and-goal from the Seattle 6 and primed to score early.

8:30 p.m.:  Terry McLaurin hauls in his first catch of the day, this one for 8 yards and a first down. Washington now at the Seattle 29.

8:27 p.m.:  Antonio Gibson carries it for 3 yards and a first down, Washington’s first third down conversion of the night.

8:20 p.m.:  The Seahawks also go three-and-out on their opening drive, as Russell Wilson’s pass sails over the head of tight end Gerald Everett. Seattle punts it away and Washington takes over at its 28.

8:18 p.m.:  On third-and-5, Washington can’t convert as quarterback Taylor Heinicke overthrows Terry McLaurin and Washington punts it away on its open drive. Seattle takes over on its own 26.

How to watch Seahawks vs. Washington on MNF

Seahawks vs. Washington will be broadcast nationally on ESPN for «Monday Night Football» in Week 12. ESPN will have its regular booth broadcasting this game, with Steve Levy, Brian Griese and Louis Riddick. Lisa Salters will be on the sideline. There is no Manningcast option for Week 12.

In Canada, viewers can watch Seahawks vs. Washington on DAZN, which includes every NFL game as part of a 30-day free trial . 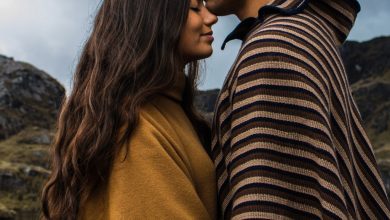