Artificial Intelligence (AI) art is all the rage right now, with its ability to create pictures that look incredible and yet weirdly off. But AI can do more than paint a pretty picture; it can, in theory, write a great article too. In theory. And we put that to the test.

What you’re about to read is an entirely AI-generated article. All I did was prompt it with the headline “Should You Buy an iPhone 14?” and asked for 800 words on the topic. In just a few minutes, it produced an entire article far faster than any human could ever accomplish. But was it good enough to publish?

Article Forge makes some big claims about its AI. It promises that the AI

The big promises don’t stop there, as Article Forge goes on to say:

…Article Forge will not only write high quality, topically rich, and useful content, but the content will also be written in a way that Google’s algorithms will naturally love and rank.

And you’ll get those articles completely written and ready to go in minutes. That’s a bold and tantalizing claim for any site that depends on Google’s algorithms for traffic (that’s all of them). But can an AI really generate a well-written and intelligible article that I could just post to Review Geek without any readers knowing? I decided to test that by treating Article Forge’s AI as I would any other writer.

Below is the article the AI wrote in six minutes and 11 seconds after I gave it the headline “Should You Buy an iPhone 14.” Humans rarely get an article completely right on the first try, hence the editor notes process. So to give the AI a fair shake, I’ve decided to treat that article as a “first submission.” You’ll get to see all the editor notes I’d leave if this were a human-created piece. The results may surprise you.

And Here’s Our Submission!

If you’re thinking about upgrading your iPhone, there are many things to consider. This article will compare the iPhone 14 to the iPhone 13 1 NOTE 1 Comparing the iPhone 14 to 13 is a good idea. If you’re on an older model, you might save money by just upgrading from an older model to the 13. Make sure to talk about older models too., with a focus on battery life and display quality. We’ll also look at the price. Then, we’ll look at the pros and cons of each model 2 NOTE 2 This is a nice clear opening section that lays out exactly what’s going to happen in the article. But it also reads a bit too much like, “What’s the Difference Between iPhone 13 and 14,” which is another article altogether..

Earlier this year 3 NOTE 3 This may read fine down the road, but at time of publish this would be “a few days ago” at most., Apple launched its latest iPhone, the iPhone 14. The new device has a lot of new features, but it is also a bit more expensive than the iPhone 13. In terms of specifications, the iPhone 14 has a similar set of specifications as the iPhone 13, but has a few upgrades. This makes it an excellent option for older iPhone users looking to upgrade.

The iPhone 14 offers better performance and a more advanced camera. It also supports HDR and Dolby Vision, which makes the photos and videos you take incredibly sharp and smooth. These features make the new iPhone a great choice for casual photographers and budding videographers. The new phone also offers better battery life and a digital eSIM card 4 NOTE 4 It’s worth mentioning that in the U.S. eSIM is the only option, which is a big deal..

The iPhone 14 features a new Photonic Engine that improves low-light photo processing. This means that photos taken in low light will have more detail and a richer color 5 NOTE 5 Somewhere in here we should mention the new upgraded camera lens and pixel binning feature (which Apple calls Quad Pixels).. It’s important to note that Apple introduces new iPhone monikers when technology demands it 6 NOTE 6 Yes, though I don’t think “demands” is the right word, lol. More like “whenever possible” or “just because.”. The next iPhone is likely to continue this trend, but the difference between the iPhone 14 and the iPhone 13 is small.

The new iPhone 14 Pro feature 7 NOTE 7 This should be “features.”a super-retina 8 NOTE 8 Super Retina not super-retina. XDR ProMotion display. The new phone’s display is protected by a ceramic shield and can display a peak brightness of 1,600 nits indoors and 2,000 nits outdoors. Both models also boast an always-on display, which is a feature long requested by Apple users. The display uses LTPO 2.0 technology and is equipped with an adaptive refresh rate known as ProMotion 9 NOTE 9 You forgot to mention a resolution. A quick comparison to iPhone 13 Pro would be good. And in general, it’s helpful to give these specs some “English translations” so people know what they mean..

The display on the iPhone 14 will have rounded corners and a resolution of 1440×2560 pixels 10 NOTE 10 This is completely incorrect. What happened?. The screen is 20 per cent 11 NOTE 11 You misspelled percent. Also, you can just use % thinner than the iPhone 13’s. Apple claims that the iPhone 14’s display will have a 2,000,000:1 contrast ratio. The phone will also have a ceramic shield layer on the screen for enhanced protection. The iPhone 14 will also use the same A15 Bionic processor as the iPhone SE 3rd Generation 12 NOTE 12 True, although I’d probably say its the same processor as the iPhone 13. Also, this doesn’t belong in the “display quality” section.. This processor has 15 percent more GPU performance than its predecessor.

The iPhone 14 Pro 13 NOTE 13 Why have we skipped back to the Pro? And why are we repeating stuff we’ve already said? You lost the plot of this article. has an extra hardware for the “always on” display. The new phone has a peak HDR brightness of 2000 nits – twice as much as the iPhone 13 Pro. The display refresh rate on the iPhone 14 Pro Max can dynamically adjust from 120Hz to 1Hz.

Apple hasn’t revealed the battery life 14 NOTE 14 Yes it has. You can find this information at the Apple Store. So this is wrong. of the iPhone 14 series in the press release, which is a shame. The iPhone 14 is an entirely new device, so its battery life may be different from previous models. However, there are some similarities between the new devices. Both feature slimmer bezels, a new LTPO display 15 NOTE 15 Only the Pro models have this, to be clear., and a more power-efficient hardware configuration. This combination 16 NOTE 16 How in the heck does slimmer bezels help improve battery life? should help improve the iPhone 14’s battery life.

The iPhone 14’s battery life is much improved 17 NOTE 17 Wait what? Just a second ago you said we didn’t know the battery life.  over the iPhone 13’s. This means that you can watch longer movies, listen to music, or watch streaming videos. You can expect your device to last much longer than ever before 18 NOTE 18 Apple is promising like an hour more over the 13. This is a stretch at best.. The iPhone 14’s battery life is one of its major selling points. Its smaller size 19 NOTE 19 What are you talking about? These aren’t smaller in size. They’re… basically the same size. Except maybe the Plus which is specifically bigger than the Mini that didn’t happen this year. and refined battery design will allow it to last longer.

Another big improvement in the iPhone 14 is the camera. The 48-megapixel camera 20 will help take better photos in low-light conditions. Apple’s Cinematic mode now works in 4K at 30 frames per second. And the battery life is reportedly excellent, with both phones offering “all-day battery life”. While Apple hasn’t revealed battery size or charging speed 21, it has confirmed that the battery is smaller 22 and more efficient than previous iPhones. NOTE 20 What, now we’re mentioning these camera details? This belongs in the camera section. You know, the part where we talked about cameras?NOTE 21 You’re killing me here. Yes Apple told us charging speeds.NOTE 22 Ok what the heck. Just a second ago you said Apple hasn’t confirmed battery sizes. Also, this is mostly wrong. Three of the models have bigger batteries, the Pro Max has a smaller battery.

The starting price of the iPhone 14 is S$1,299 23 NOTE 23 Where to begin? There’s no S in front of the dollar sign. Also this is wrong. The starting price of the iPhone 14 is $799, and the 14 Pro starts at $999.. While that’s not a cheap number, it will help you fund your European getaway 24 NOTE 24 What? How does buying an iPhone (or $1,300)  fund a European getaway? This sentence lost the plot and drifted into fantasy.. Apple’s latest smartphone will also feature a motion sensor that will connect to emergency services in case of a serious car crash 25 NOTE 25 This is a really great feature… that has nothing to do with price.. Apple’s new iPhone will also be compatible with iOS 15, which will become available on all iPhones in 2021 26 NOTE 26 Wrong. Wrong. Wrong. iPhone 14 launches with iOS 16, which just released a few days ago. Not in 2021..

The iPhone 14’s price has already been raised by Apple in several countries 30, including the UK, Germany, and Japan. Prices in these countries have risen by at least PS150 31, but in the US, the price remains the same 32.NOTE 27 Poor T-Mobile doesn’t get a mention.NOTE 28 Wrong wrong WRONGNOTE 29 This just doesn’t make any sense. and it’s wrong.NOTE 30 No, Apple has not already raised prices of the new iPhone before it even released.NOTE 31 PS150? as in fractions of a Rupee?NOTE 32 We’re missing the entire point of the article at the end, sadly. We ultimately don’t answer the question “Should you buy this phone.” Instead the article just kind of … ends. We need a conclusion with solid advice.

Concluding Thoughts From the Humans

Yes folks, I’ve seen worse from humans. I dare say I’ve seen worse published on other sites (no I won’t name names). Whether it be from a human or an AI, I seldom get an article that requires no work at all on my part as an editor. I fix mistakes, make suggestions, and help with direction.

So, if you’re wondering what I think about Article Forge and its claims of “high quality articles in minutes,” I have to admit to mixed feelings. I don’t think you can expect to prompt for an article, hit “make it so” and then immediately publish like some Star Trek future complete with a Data friend.

But that doesn’t mean there isn’t something here. For all those notes I left above, this AI article could easily be massaged into something workable. In six minutes, I had 800 words written for me that I could then nip, tuck, and pad to turn into something good enough you’d never know I used an AI to write it. On a great day it takes me far longer to write an article 800 words of any quality. This AI could save me hours of work.

But that doesn’t mean I’m ready for this future. At what point would I be deceiving you, the reader, if I published this article under my name? Even if fixed the inaccuracies, added new sections, and massaged this into a high quality article that met my high standards, the base of it wouldn’t be my words.

But is that so different than guiding a human writer’s article from something terrible to something great? Yes? And no. The truth is, you may have already read an article on the internet initially written by an AI and then edited by a human. It’s the future we’re already living. Whether or not we’re ready for it. But it’s not a future we’ll embrace at Review Geek. We’ll stick with human writers. At least until our robot overloads tell us otherwise. 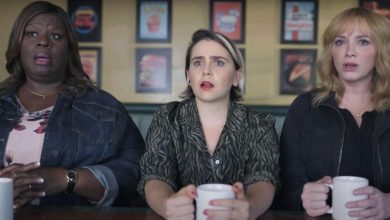 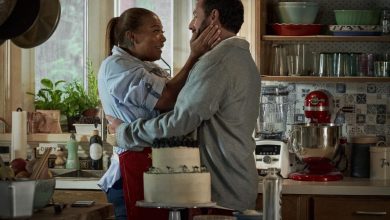 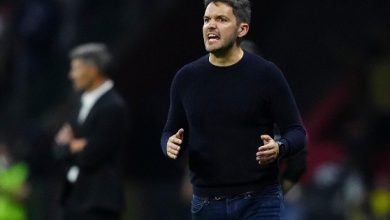